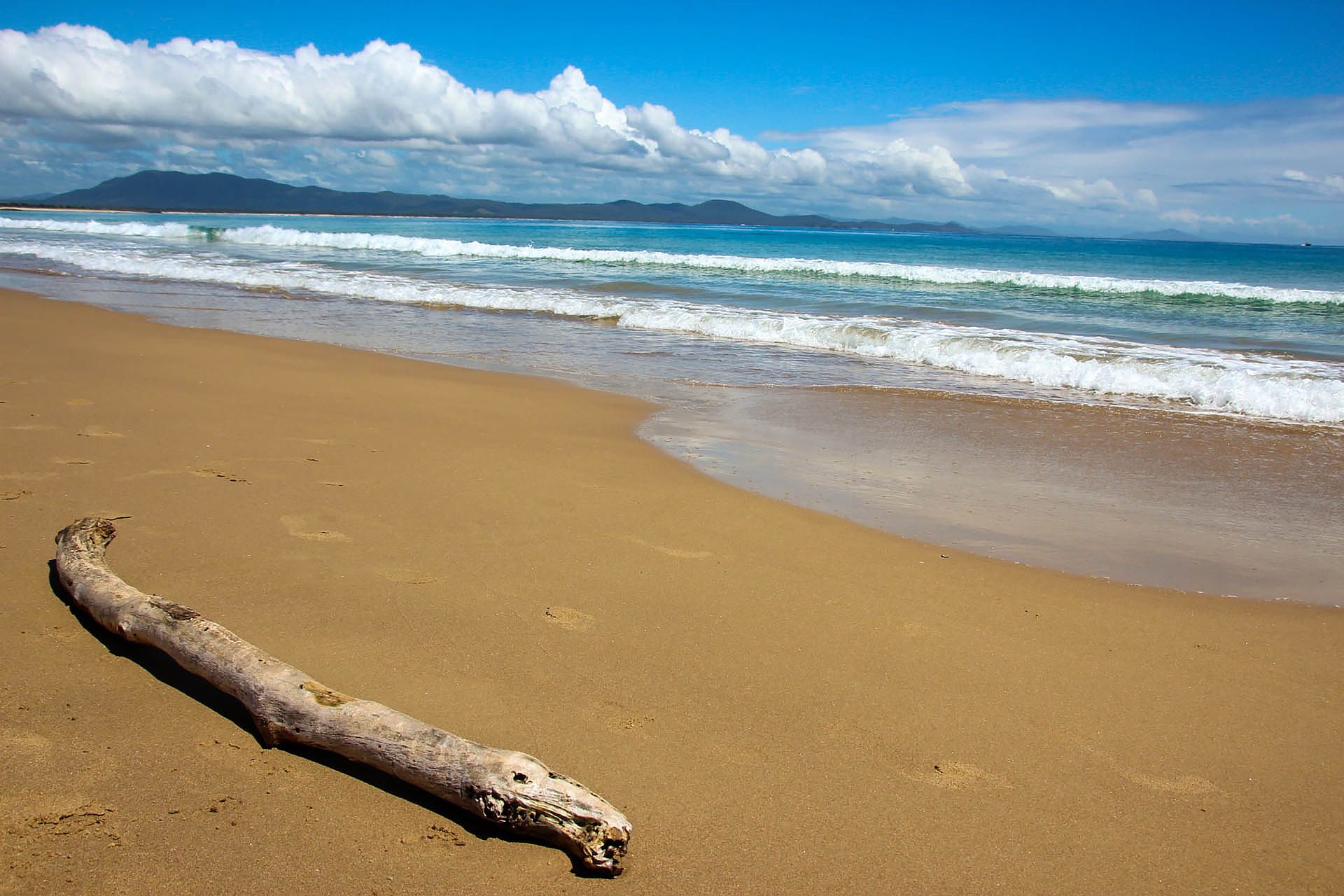 Occasionally one embarks on something that is adventurous, a little crazy, intellectually and physically satisfying, but incomplete. Here I am outlining an experience that should have been properly written up yet for a variety of reasons is documented only in places hard to access.

Forty years ago, I was invited to join The Sirius Expedition to undertake an offshore survey of the Cootamundra Shoals. These shoals occur approximately 240 km northwest of Darwin in the Timor Sea. As shown on bathymetric charts, it is an area of rugged relief with flat upper surfaces and steep- sided valleys. What formed this topography which would have been exposed above sea level during periods of Pleistocene low sea levels?

First a little background. In 1975 a symposium at the Pacific Science Congress in Vancouver on prehistory of the Australian-Melanesian axis prompted three prehistorians from ANU to publish the multi-disciplinary findings of those with a growing interest in the changing habitats and human occupance of the region. The resulting book, “Sunda and Sahul, Prehistoric Studies in Southeast Asia, Melanesia and Australia”, was edited by Jim Allen, Jack Golson, and Rhys Jones (1977, Academic Press).  John Chappell and I were invited to contribute a chapter on “Sea levels and coasts” (p 275-292). Our interest in the problems of changing shorelines and its link to human movements attracted the attention of a British maritime archaeologist, Nicholas Flemming, famous for his underwater discoveries in the Mediterranean Sea.

Nick had secured support from a philanthropist named Arthur Weller. Excited by the potential to find geological and archaeological material on the seabed that could relate to migration of peoples during times when sea level was lower, Arthur established the Australian Submarine Prehistory Foundation with HRH The Prince of Wales as Patron. An expedition was mounted assisted by the Australian Navy who saw the need for more detailed charts covering the seabed so near Darwin.

A team of divers (some with scientific experience), photographers, and others was assembled to gather in Darwin in May 1982. The diving team was to work from a vessel equipped with satellite navigation, recompression chamber, and various bottom sounding and sampling equipment (sadly no seismic). Nick asked John Chappell, Rhys Jones and me to join the team along with a group from the UK. The expedition was conducted in three phases or legs: I was on the first leg lasting 10 days, then John took over, and Rhys came on the final leg. Of the three of us I was the only diver and so was extremely privileged to be among the first to encounter the seabed on the Cootamundra Shoal.

Prior to the first leg we had a great time hypothesizing. There were many questions and so little information to assist our thinking as no one had sampled the shoals or the valleys between them. Our best guess was this dissected terrain was an extension of the bedrock geology of Bathurst Island, hopefully with caves at a diving depth with artifacts as evidence of human habitation. Alternatively, was this an area of drowned limestone karst composed of superimposed coral reefs of different Pleistocene ages? Could we find remnant submerged shorelines and get material to C14 date? What do the sediments on the shoals and valleys tell us about the environments of deposition past and present on this continental shelf?

It was quickly apparent after a few dives that the shoals were not formed of living reefs. Growing corals are sparsely scattered on a calcarenite surface. Nick Flemming in his summary of findings to the 7th International Diving Science Symposium in Padua in September 1983 (published 1986) concluded that the flat-topped banks are relict coral platforms. Samples from the flanks of valleys to depths of over 50m showed the presence of ferruginous sandstone so the reefs appear to be built on terrestrial strata.

On that first leg we were able to use an underwater suction dredge and hammers to get below a calcarenite crust. This initially involved diving to depths of 20-30m. What we found was an abundance of coral including branches of Acropora under the crust. One set of radiocarbon dates ranged from 5500 to 8000 years BP. I was most excited to do repeat dives during the first leg to sample the corals and the crust. However, the dive on the 5th May involving digging the first pit underwater was most memorable.  We dug down 70cm through a 10cm calcarenite crust with coral rubble and sand into a 60 cm layer of stick coral loosely bound with some sticks in apparent growth position.

I commented in my dive log: “Stick coral clearly Holocene in age with no signs of oxidation or weathering. They are encrusted in places with attached organisms well preserved”. Thatled me to hypothesize that I was observing an “Acropora garden that grew during the Postglacial Marine Transgression giving a modern reef cap to an older Pleistocene coral core. As sea level rose plus 10m over the shoal the habitat for growth became less attractive and the surface of the corals was destroyed forming a detrital layer that became encrusted”. I then estimated the age of the coral sticks at 7-8000 years. The C14 date from this site later came back at 7700+- 100 (ANU 3257)! Of course, this was very satisfying especially as other dates fell within the range from other pits on the shoal as noted above. Without deeper drilling and dating it was not clear how thick was the Holocene transgressive coral unit. Why was there a switch to crust formation over extensive coral growth over the last 5000 or so years on the shoal platform at depths 15-20 plus metres?

We collected so much information including underwater images taken by a diving photographer as well as a camera lowered from the boat. Bathymetric surveys provided very detailed charts of the shoal platform, valley side terraces and floors. Hundreds of samples from different depths were collected. All this was brought together in a 4-volume survey report compiled by Flemming in late 1982. Few copies were made. I do not possess one only some draft sections. Copies were deposited with the Navy, and I know there is one at the Western Australian Museum. Anyone interested in what I have, including my dive logs, please contact me.

Nick tried to get more funds for seismic and submersible exploration in 1985 but to no avail. We saw the need to go back and do more work. Of course, now there are much improved acoustic methods and other technologies that may even pick up lithic flake signals on the seabed. We did not find any evidence for human occupance during lower sea level times. I guess that turned off the interest from some of us. Nevertheless, we should have done more to publish the findings of the 1982 expedition.

Footnote: Arthur Weller played a major role in the British Government’s bicentennial gift of replica of Cook’s Endeavour in 1988. He helped pay for oceanography equipment that came with the HMB Endeavour in 1993 to help with training. Sadly, within a short period an Australian Navy decision was made to remove this equipment; why?