Taste local wines and enjoy the coast with our VIC Chapter

Taste local wines and enjoy the coast with our VIC Chapter

Blessed by great weather on the Bellarine Peninsular west of Melbourne, we kicked off our Annual General Meeting and then a future-planning workshop for the VIC Chapter last month. After lunch on the beach, Nick Wynn led us on an interesting walk discussing historical and current uses and management challenges of the area.

The Bellarine Peninsular is bounded by Bass Strait to the south, The Rip at Port Phillip Heads to the east, Swan Bay and Port Phillip Bay to the north and the Barwon River to the west. This area is steeped in history and was originally inhabited by the Wathaurong people who used small craft to cross the bay and for fishing. William Buckley arrived in 1803 with squatters occupying the area in 1836 and using it for agricultural purposes. Early immigrants landed at Port Henry and because a sandbar across the inner harbour of Corio Bay and the entrance to Geelong and a channel was not dredged until later, it was possible to walk across at low tide. Imagine being able to do that now!

Today, Indented Head is a small community for most of the year and consists of small farms and townships until Summer when it explodes with up to ten thousand campers and tourists along the foreshore to watch the New Years Eve fireworks. 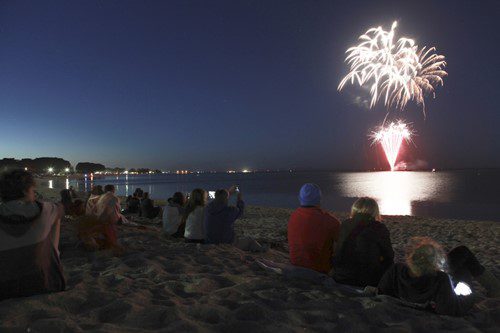 The Funday was held on Sunday 9th November with some of the Committee camping the previous night in the adjacent caravan and camping park managed by the Bellarine Bayside Committee of Management.

Geoff Wescott, the recently elected national Chairman of ACS, attended our AGM and workshop. He provided an overview of ACS’s role and activities. Elections were held with the 2014-15 VIC Chapter committee membership being Helen Martin, Nick Wynn, Phillip Roos, Werner Hennecke and Sue Mudford. Helen Martin will give the VIC Chapter more of a statewide focus given that there has been no one on the previous committee from the Gippsland side of VIC. Sincere thanks to previous committee members including Rebecca Koss and Amanda Cornish for their support, interest and assistance over the past year.

Phillip Roos led the future-planning workshop where VIC Chapter wished to identify where they could play a role and make a difference in Victoria. Nationally, ACS has a broad vision and actions covering advocacy for healthy ecosystems, vibrant coastal communities and the sustainable use of coastal resources. Recognising the capacity the VIC Chapter we wished to identify some key focus areas for the next two years and recognise the strong coastal advocacy and work done by the many groups and organisations along the coast. The intention is not to duplicate but to add value where possible, which was ironed out at a second workshop held in December to finish developing the draft plan – which will be provided to members soon for comment.

After the workshop, we also enjoyed lunch on the beach and the serenity of a beautiful day; with clear waters and sunlight reflecting on the waves. Pelicans were roosting on the rocks and the old wreck of a paddle steamer. Years ago this was a popular form of transport but past its prime, it was being towed to form a breakwater and was wrecked just off the beach.

Nick Wynn, led our coastal walk.  It was interesting to look at the various past and present uses of the area, including camping adjacent to the beach, surf life saving and fishing clubs, yachting, fishing, walking and games activities. Nick showed us the recent rivetment works or the“sand fence” near the Point where the heavy weather in winter had eroded some of the beach. This revetment structure was locally designed in Apollo Bay to capture sand whilst providing a ”soft” barrier along the beach. At the Point, rocks have been used to reduce the erosion expected due to the current wave and wind influences.

Further on we saw a Fluker Post. This is a great way for anyone to capture and record a coastal site on the day by taking a photo with your camera. This photo can be forwarded to the research centre, not only providing ongoing information on the state of this coastal area but also raising awareness that the coast is always changing due to natural and other influences.

The area was well signposted by the Bellarine Bayside Committee and assisted visitors to understand the current works program and risks associated with erosion and the weather. The notice explaining the erosion and “sand fence” solution was a good example of this. Many thanks to the Bellarine Bayside Committee of Management for allowing us to use of the nearby hall and facilities and for their assistance on the day.

Should you visit Melbourne it is well worth the trip to Geelong and the Bellarine Peninsular to appreciate the local history and coastal changes, taste local wines and enjoy the coast.