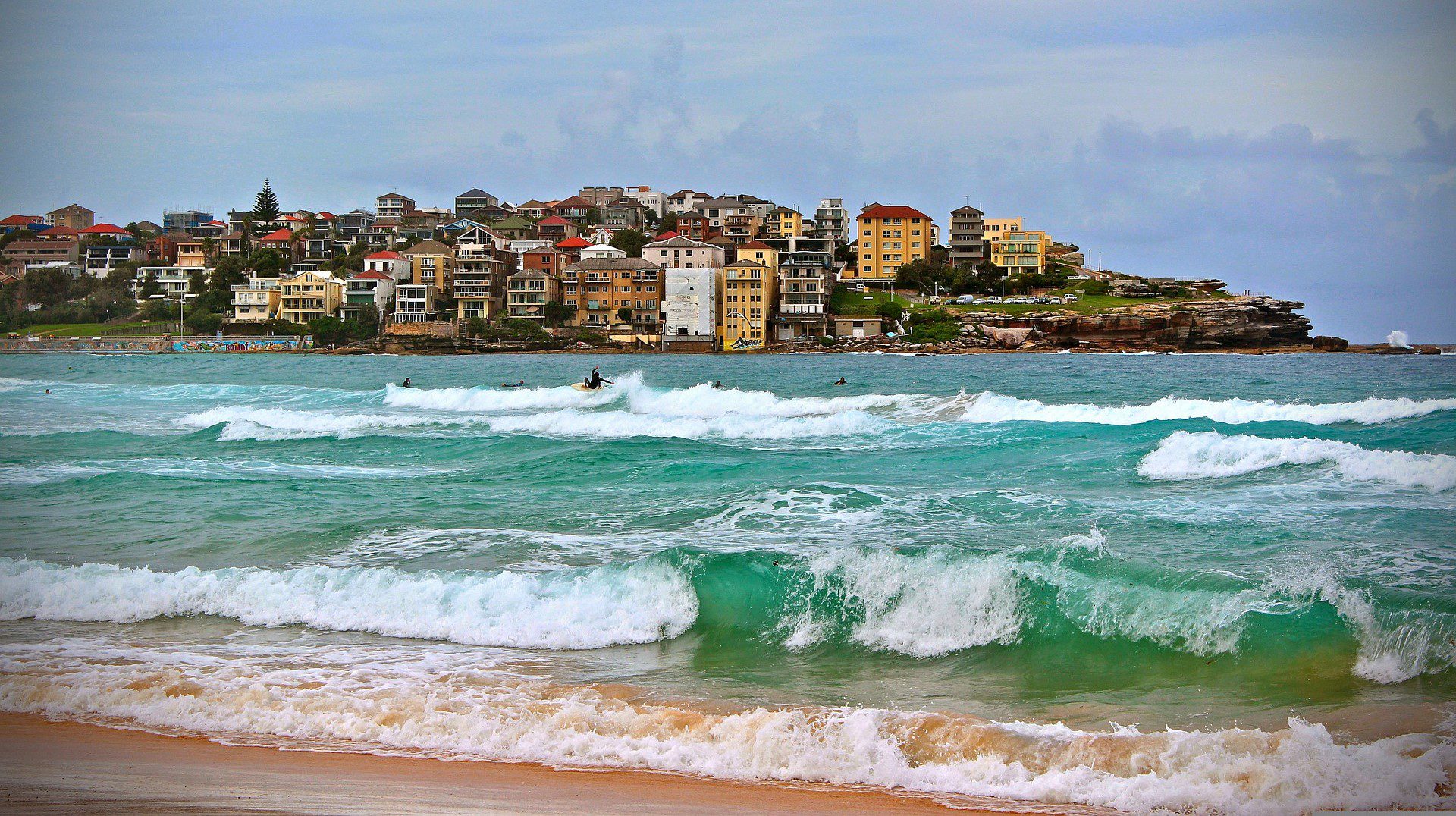 On 21 September I was kindly invited by the Mayor of Waverley Council, Paula Masselos, to the reopening event of the Bondi Pavilion (the ‘Pav’). It was a night to remember and a joy to behold to see this grand structure enter the next phase in its 90-year history.

To shake off those who may accuse me of bias, I confess to being a Bondi boy. My mother and grandfather and two cousins had a long association with the area, the community, the baths, the beach, and the Pav. This is where I learnt to swim and surf and enjoy lying on its fine golden sands. The Pav was part of the broader ambiance sharing its vast spaces for many functions. Much later in life it became a place where I could introduce students to the history of Bondi using the great photos of past events in the old foyer.

In his recent book on the history of Bondi Beach Representations of an Iconic Australia Palgrave Macmillan, 2022), Douglas Booth examines the story of the Pavilion in a section on “Reconstructing Nature” (pp 215-222). It forms part of the narrative of foreshore improvement schemes designed to transform a natural setting into new social and economic gains. This constitutes “progress” accompanied by levelling of sand dunes and subsequent property subdivision, road and tramway access, construction of a seawall and promenade, building of bathing sheds, planting grass and flower gardens with a scattering of 200 exotic Norfolk Island pines (most of which died!). An earlier pavilion known as ‘The Castle’ built in 1911 gave way to the present building in 1929. Around 200,000 people were reported attending the opening on 21 December 1929. As depicted at the time (see photo p 219 in Booth’s book), the new Pav was regarded as the cultural representation of Bondi Beach framed by concrete strips of roadway and separated from the sand by parallel parked cars. Two tunnels under the road (Marine Drive now Queen Elizabeth Drive) allowed direct access to the beach (and 2000 Olympic volleyball competitors). They protruded onto the beach as concrete groynes (sadly blown up in 1942 by the Army in anticipation of their possible use by the enemy causing serious damage to nearby shops and windows and roof of the Pav!).

Another historian, Carolyn Ford, also discussed the improvement schemes as part of “beautifying Bondi” (C. Ford, Sydney Beaches A History, NewSouth, 2014, pp 129-133). The new Pav in the 1930s was part of Waverley Council’s grand promotion promising “the cooling breezes and moon-drenched glimpses of the Pacific, through open doors and windows, and romantic accompaniments to the pleasant pastime of dancing” (p 130). It was anticipated that up to 12,000 bathers would pay to use the sheds on any given day along with provision of a dining and a ballroom. It was a grand vision sadly impacted by the Depression and a shift in the way Sydney bathers made less use of the sheds to change and indulge in expensive luxuries such as Turkish baths. Photos pre- WW2 show increasing use of cars giving visitors less need to use the Pav to travel on public transport. Despite all this it continued to serve the community in various ways and of course the nation in welcoming the new Queen to Australian surf culture in 1954 and the world to Olympic beach volleyball in 2000.

To say that restoration of the Pav to something like its former glory was easy going would be an understatement. For the last 20 years the council and community groups have argued for a new round of “improvements”. But just what and how much has been hotly debated within council and by different interest groups. As so often in coastal management we have an issue which is highly contested. Consultants employed have thoroughly examined the past and developed different plans for modifying the Mediterranean/Georgian style building with its courtyard and colonnades. Both Booth and Ford provide useful references to past discussions. Waverley Library is a great source of this material. I was impressed by the well -illustrated 2013 report of Wayne-Wilson and Associates on “Bondi Park Pavilion. A History”. I have a digital copy if anyone is interested.  But it is the recent work of Peter Tonkin and his team of architects that has given us the new Pav.

I refer to what we now have as a “rejuvenated” Pav. This national heritage listed structure has been stripped right back revealing objects long obscured from past eras. The 8000 m2 has been repurposed for multiple uses powered to a large degree by 217 solar panels. Best go online bondipavilion.com.au to see all the changes. I am excited to see they have included a “Story Room” to pick up the history of not just the building but also Bondi area from its deep past to present.

Waverley Council is to be congratulated for making this rejuvenation happen. It is about time. We need building icons that tell us something of our past as well as provide for the future. As Mayor Masselos said in her recent community message, we can now celebrate “a brand-new chapter in the history of the Pavilion, the beating heart of the community, culture, creativity and discovery in Waverley”.